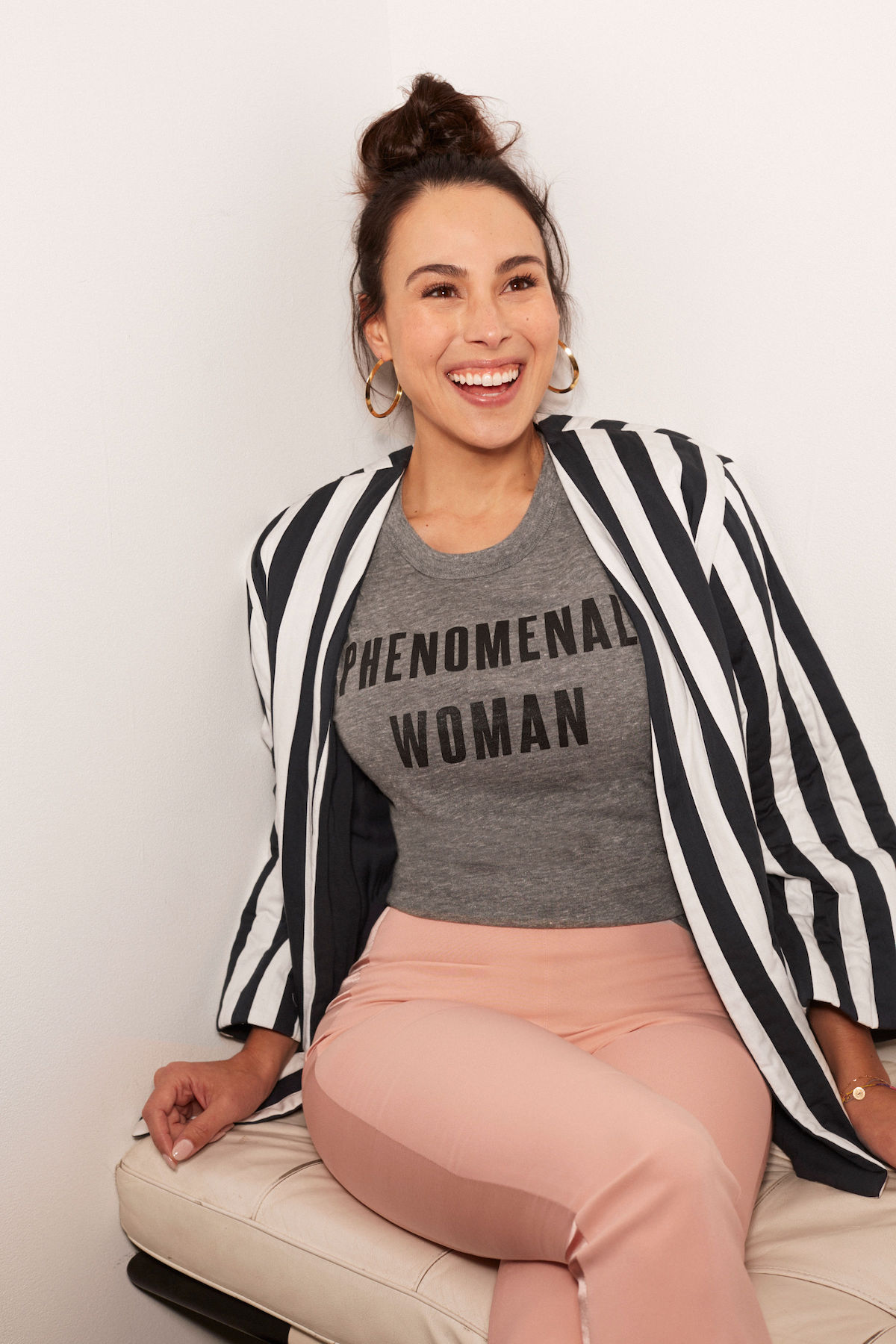 Writing a children's book wasn't on Meena Harris's bucket list or five-year plan. But much like with her business, Phenomenal, there was a spark within her to try something that would help people feel better represented. "‍I never thought I’d be an author, and certainly not a children’s book author, but the way this happened so closely parallels how I started Phenomenal, too. I didn’t set out to start a business or do anything more than run a modest one-month fundraising campaign."

As a new mom, Meena quickly started to notice something wasn't right. "I was reading books with my first daughter and feeling like there was a lack of representation of characters that looked like her, with brown skin and curly hair. Marley Dias talks about how children’s books often feature a lot of white boys and their dogs, and it's so true."

Meena continued, "I read somewhere that in 2018, there were as many children's books written with animals as main characters as there were with Black, Asian, LatinX, and Native characters combined. I’m not a child psychologist or an educator, and I know there’s value with teaching universal lessons with animals, but part of me is like, 'We don’t live on a farm!! That’s not more relatable than seeing real kids [with brown skin]!' So much of what kids learn, especially before pre-school, is from books; so it really felt like there was an opportunity to create characters my own kids could relate to."

And so she did. Kamala and Maya's Big Idea, based on Meena's own aunt and mother, tells the story of two little girls who use the power of their voices and community organizing to effect change in the world around them, starting with one small garden. This week, we learned that one of those little girls would go on to become the first Black and Indian-American woman nominated for Vice President of the United States. Not a bad testament to the power of young girls to do big things, huh?
‍

What inspired you to take this story from spoken family history to a children's book?

I wasn’t seeing what I wanted to see in kids’ books. So I decided I wanted to write a book the same way I raise my children: with representation, activism, social justice, equality, helping others, and a sense of responsibility to community in mind.

The second moment of inspiration to write the book was the election that's taking place in an era of heightened activism, engagement, and using our voices. I’ve spent the last three years talking to women about how they can do more, and this time, I wanted to think about how we can raise our kids that way too. I wanted to connect it to this very personal story about my mom and aunt.
‍

What role did your own kids play in writing the book? ‍

I was thinking about them every step of the way. It was important to me that we got the hair right in our illustration process. We asked to make it more curly, and there were points in review where I’d show it to my daughter and say, “Look! Her hair looks like yours. Isn’t that cool?” I was already seeing my daughter try to identify with characters like Miss Elena from Daniel Tiger. I wanted them to see themselves in these characters, too. And there was this amazing added layer of being able to say, “Look! That’s grandma or that’s auntie when they were little.”
‍

‍What are you hoping young ones and their parents to take away from the book? ‍

Little girls are powerful and capable of big, bold ideas. I want them to think about their communities and lean on their communities to go after these ideas. There are some lessons in there about making positive change and community organizing in your school or neighborhood. Each of us has a role to play in our community, and I wanted that to come through in the book.

The other piece of it is perseverance in the face of barriers. People may tell you no, or you’re too little, or it’s not possible, or it costs too much, and I want kids to see how important community-organizing and support can be in getting things done.

The third big message is that girls of color are leaders who we should follow, support, and listen to. We know if we teach boys empathy and to view of girls as fully-formed humans capable of saying yes and no, that really matters in the long run. I really strongly believe that girls’ equality and lifting up the voices of girls as leaders is essential to conversations of women’s equality.

‍Did you learn anything about your family in writing a book about them? ‍

Part of the reason I wrote this book is because it’s a story I heard and learned about as a kid, and I wanted to memorialize it. It reminded me of important lessons that I needed to be reminded of in my own parenting. It helped me reflect on what I was raised around and taught, especially as it would apply to my own parenting now. I think a lot of what I’ve been considering is that growing up, a lot of the lessons in civic engagement that I received were out of necessity. I had a single mom that took me with her everywhere, so I had a front-row seat. So now I think about my own kids, who don’t have the same necessities. And it's made me consider that it’s still important for them to see me working, and to bring them with me to events (in pre-COVID times, at least) so they can see women in leadership positions.‍

There's a spirit of activism woven into everything you do. How can people make a long-term commitment to speaking up against injustices, so that it's an ongoing practice in their lives?

This stuff can feel overwhelming. So many people are impacted [by COVID, especially] right now, in tremendous and significant ways. The first thing I’ll say is if you have something to give and you’re in a position to help other people, that’s great, but if you’re in a situation where you don’t feel able to do that, that’s also okay. I don’t want people to feel pressure to be productive when we’re literally trying to survive right now.

I used to have a more rigid view of it, but for me, activism is about meeting people where they are. We need to welcome people who may think they're too busy or can't devote a lot of time to this. A big piece of this is finding what works for each person, and knowing that starting somewhere is okay. Do something, do anything. I decided to make a T-shirt that made me feel good — I felt like I was making a small contribution. And I had no idea that was going to launch Phenomenal.

It’s okay to ask yourself what your own unique way of engaging with these issues is. That matters. There is nothing more impactful than being a subject matter expert and knowing what you’re talking about, especially in this age of misinformation. Choosing one issue and engaging with it meaningful is okay, too.

There’s work to be done. And it’s hard work. And there are resources and it shouldn’t be the labor of people of color and Black people to do that for white people. But it’s all meaningful and it’s something. Use your voice, even if it’s uncomfortable, but keep doing it. Keep putting these conversations front and center.